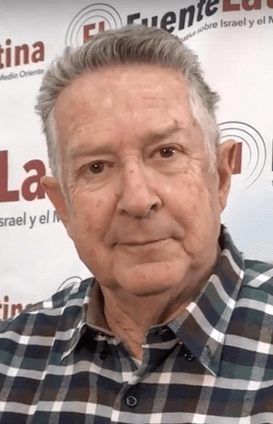 Professor Benarroch was born in Lisbon, Portugal. His father, Akiva, comes from Melilla in Spanish Morocco and due to this lineage, he specializes in external and Spanish relations.

During his early life, he studied in Portugal and Spain for his primary education. He also stayed in an English school in Portugal in his high school years but he moved in Geneva, Switzerland to continue his education. Then, he proceeded at Yeshivat “Merkaz Harav” and has finished Bachelor of Laws at the Hebrew University of Jerusalem in Madrid.

In 1963, he made his Alyah to Israel and has served in Israel's Foreign Service, First Secretary in Rome, Counselor in Mexico and Ambassador to Ethiopia; from 1965 to 1990. It was also within the year 1990 when Prof. Harush founded a system of Spanish magazines written in Israel, which was distributed to the Spanish-speaking world.

He headed the team of the EU-Israel Forum under the auspices of the EU Ambassador to the Middle East, Miguel Moratinos, in the year 2000 for 2 years. In 2002, he worked as the Deputy Vice President for the Department of External Relations at The Hebrew University of Jerusalem. He then served as the head of the said division, holding responsibility for Latin America, in 2010 up to 2014. From then until 2018, he was a Chairman of the Spanish World Association. With his evident will and commitment,  he still serves within the management of the “Ne’emanei Torah ve'Avoda” Movement up to this day for 17 years. 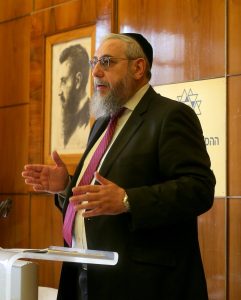 Prof. David Passig is a futurist, lecturer, consultant and best-selling author who specializes in technological, social and educational futures. He holds a Ph.D. degree in Future Studies from the University of Minnesota, Twin Cities, USA. Prof. Passig is an Associate Professor at Bar-Ilan University (BIU), Ramat-Gan, Israel, in which he heads the Graduate Program in Communication Technologies as well as the Virtual Reality Lab. Prof. Passig has consulted for many corporations as well as public and private sector institutes. He is the chair in one of his own FutureCode Ltd., which develops and employs tool-kits of computerized Futures methods in decision making processes. He is a co-founder of ThinkZ, Ltd., which develops IoT technologies. He has consulted in Israel, Asia, Europe South and North America. He has served as the chief advisor to the Commissioner for Future Generations in the Israeli Parliament. Among his many activities, he is a member of the Israeli National Council for Research & Development. His bestseller books are: “The Future Code,” “2048” and “Forcognito – The Future Mind”. Each has received Israel's coveted Gold Book Award www.thefuturecode.com.