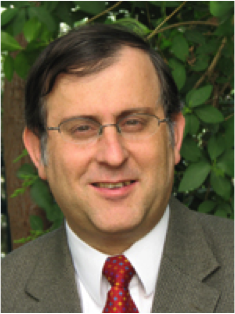 Professor Aviad Hacohen is the President of The Academic Center for Law and Science; former dean of its Law School, and Senior Lecturer in Constitutional Law and Jewish Law at the Faculty of Law of the Hebrew University of Jerusalem; Senior Research Fellow, Van-Leer Institute, Jerusalem.

In the past he has also taught in the Law School of Bar Ilan University and at the School of Social Work of the Hebrew University of Jerusalem.

Prof. Hacohen’s current research interests include: Constitutional Law, Administrative Law, Communication Law, Religion and State, Human Rights and Jewish Law, the Jerusalem Talmud, the responsa literature, and others.
Prof. Hacohen has been written and edited numerous books, articles and research studies, and serves as the editor of a number of periodicals.

His book, The Tears of the Oppressed – an examination of the Agunah problem: background and Halakhic sources, was published in 2004 (by Ktav, New York).
His book, “Toran and Law” (Heb., 2011), includes chapters on human rights, criminal law and civil law and their relation to Jewish law.

Prof. Hacohen served as a consultant to the Codification Commission of the Ministry of Justice in Israel and for over 30 years he is a member of the committee on legal terms at the Academy of the Hebrew Language. He founded and heads Mosaica – the Institute for the Study of Religion, Society and State.

Prof. Hacohen is the chairperson of the inspection committee of the Israeli Public Law Association and is head of the Logistics Committee of Taglit-Birthright Israel. He has also been a professional consultant on dissertations in Jewish Law, a scientific consultant for the Committee on Civics Curricula for High Schools in the Ministry of Education and Culture, and scientific advisor to the committee charged with authorizing textbooks in the Ministry of Education and Culture. He has also been a consultant for the Prime Minister’s Office, the Foreign Ministry and the Ministry for the Jewish Communities and Israeli Society.

Prof. Hacohen clerked for Vice President of the Supreme Court, Prof. Menachem Elon, and for Adv. Dr. Mishael Cheshin (subsequently Vice President of the Supreme Court). He is an active member of the Israel Bar Association and was a director of its institute for further training of lawyers. He was a member of the Jerusalem Bar Association’s disciplinary committee, deputy chairman of the central committee’s further training commission and a member of the Jerusalem district committee of the Israel Bar Association. He serves as chairman of the Forum on Law and Business at the Sha’arei Mishpat Academic College and is legal advisor for public bodies such as the Israel Festival, and the Information Center for Holocaust Survivors.

Prof. Hacohen has practiced law in Israel, and has engaged in trial and appellate litigation in all its courts (more than 160 cases at the Supreme Court of Israel) for the last 28 years.