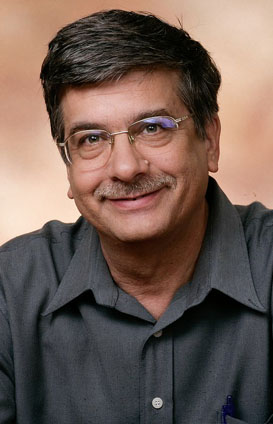 Academic Background and Fields of Interest:

As a high-school student in Israel, my attention was drawn to the existence of significant differences between the religious culture of Jews whose family originated in Islamic lands, and Jews whose family came from Europe. As time went by I surmised, that studying the written creativity of Sephardic hahamim (rabbinic scholars) in recent centuries might provide a key to understanding at least some of these differences. After completing my service in the IDF I spent almost three years studying in a Yeshiva Gevoha, and subsequently gained a B.A. in general philosophy and Jewish history. During these years I realized that neither in the ‘yeshiva world’ not in academia was there any focus on the writings of those hahamim. I decided to take this project upon myself, ultimately completed a Ph.D. at Hebrew University’s interdisciplinary Institute for Contemporary Jewry, in which I compared the halakhic responses to modernity of Syrian and Egyptian rabbis (analyzing topics not discussed in my M.A.).

My interest in the history and development of halakhic creativity led me to become involved in additional aspects of halakha, and to the study of halakhic development and change over broader historical times. These include a study of the variety of rabbinic responses to Jews whose behavior diverges radically from traditional norms (e.g., public desecration of the Sabbath), as well as several works devoted to the development of halakhic Giyyur (conversion to Jewishness) from rabbinic times to the present. These works on Giyyur aroused significant controversy, especially on the part of those who were displeased to see that the stringent position ongiyyur currently held by many haredi rabbis in Israel and abroad is but one of a wide range of positions to be found in halakhic literature. Interestingly, in 2010 there appeared a major rabbinic work titled Zera’ Yisrael by rabbi Haim Amsallem, whose findings concur almost fully with ours.

I am currently writing a work devoted to the halakhic creativity of the indigenous rabbis of Algeria under French rule. Of all Jewish communities in Islamic lands, that of Algeria was under direct European rule for the longest period of time: from 1830 to 1962. Algeria was declared part and parcel of Metropolitan France, and in 1870 all native Jews were declared full citizens of France. French Jewry regarded itself as having a civilizing mission towards Algerian Jewry, bringing their culturally underprivileged brethren into the light of European culture. The halakhic writings of local rabbis, born and trained in North Africa, provide a fascinating window into an inclusive, non-denominational Judaism striving to respond in traditionally creative ways to novel situations and change.

Two additional topics that currently draw my research interest are, (1) ways in which local non-Jewish legal systems have affected the content of halakhic decisions in recent centuries, and (2) the halakhic definitions of non-Jewish religions that can be found in writings by Orthodox rabbis since emancipation.

To sum up my work in general I will say, that while I all my writing adheres to what I understand to be the highest standards of scientific research, I also regard my work as a vocation: to make accessible to the scholarly and general public hitherto unknown aspects of rabbinic creativity over the ages, with a special emphasis upon the creativity of Sephardic/Mizrahi rabbis in modern times.

• ‘Religious Affirmation of Zionism as a National Liberation Movement: Aspects of the Thought of Rabbi Khalfon Moshe HaCohen of Jerba’ [Hebrew], in: Israel: Studies in Zionism and the State of Israel – History, Culture and Society, Vol. 2 (1), 2002, pp. 107-126.